The dry weather kept up into this month and the river level continued to slowly drop back towards summer level. Some days we had a touch ground frost, but by mid-morning it was warm enough to be working out in the shirt sleeves! 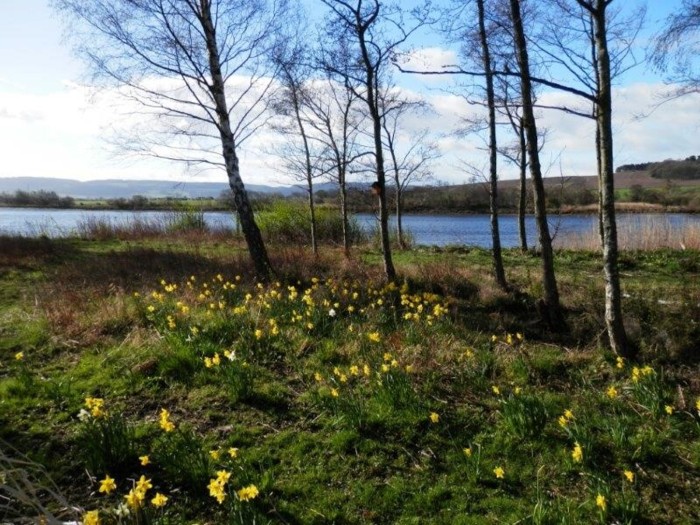 We have been getting on with a variety of jobs about the riverside while the weather was good; one of these was starting back at the grass cutting again! The old barge was called into action to ferry the tractor and cutter across the river to the Elcho side where it was used to cut the old net green and some pathway. 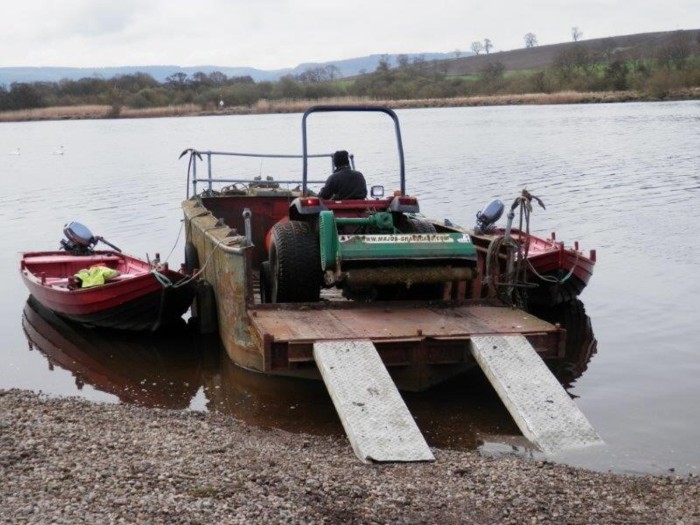 The tractor and harries were used on one of the other net greens as we continued with the planting out a mix of more wild flower seeds; hopefully they will add a splash of colour and be of benefit to the wildlife when they come out in flower. 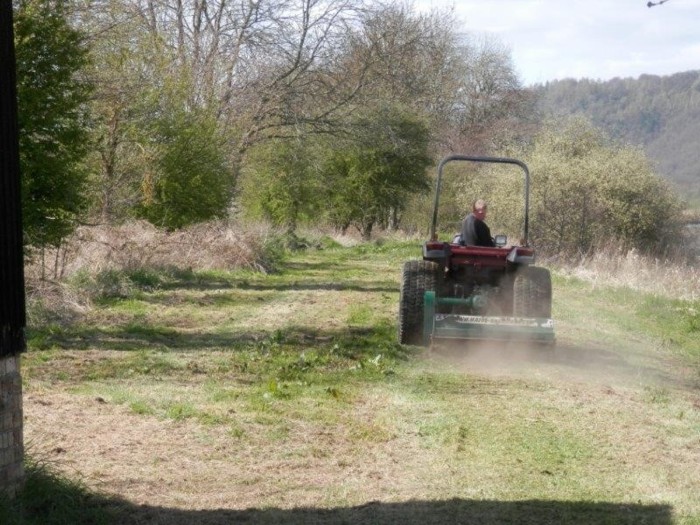 As the snowdrops have died back, we have spent a lot more time splitting clumps up and spreading them about in more areas. 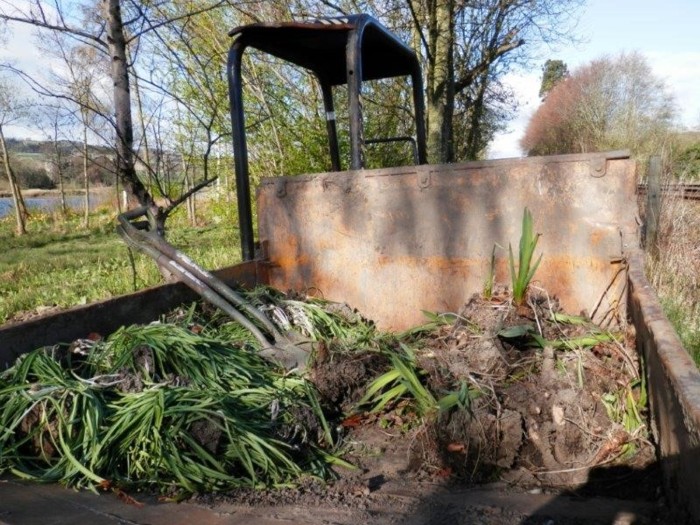 As they are getting past it the bluebells and the cuckoo flower are coming through to give us a bit more colour. 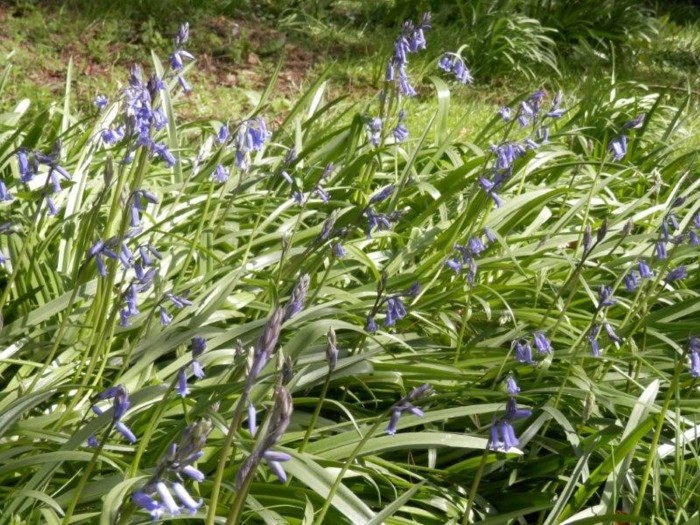 We have also been splitting up and moving some more yellow flags about the place from areas where they have done well.  The winter and mouse guards are now off the bee hives, and the bees have been making the most of it on the good days. 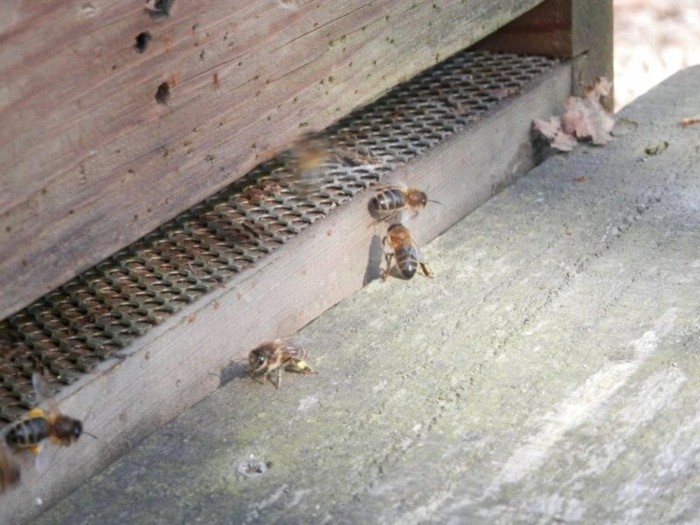 One other job done was to do a running repair on one of our older wooden cobbles, it was turned upside down and got a couple of old lead patches replaced to help keep it water tight. Hopefully it will be turned back over shortly and returned to the water again. 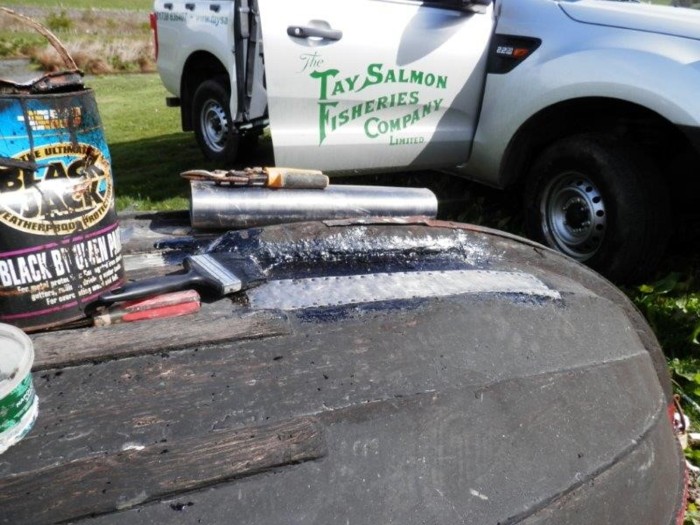 We had another visit again this month from the SSPCA; who brought down another couple of swans with them (from their rescue centre) for releasing back into the wild again. They were happy to be back out on the river and were soon mixing in with the other swans about the place. 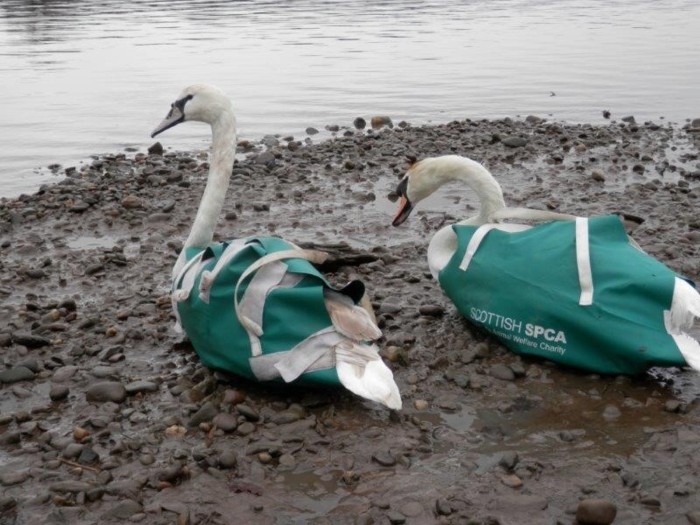 Our resident swan up at the fishery is still sitting tight on her eggs; they must be due to hatch out any time soon! We did have over a hundred whooper swans land on the river on the 3rd but it was just a short visit before moving on again as they headed back north. A lot of our birds have started to return again, on the 6th we saw our first house martins, followed by our first swallow on the 7th. Next to appear was the common sand pipers on the 15th; this was followed by our first sand martin on the 18th, then on the 22nd we had a sighting of a greenshank and a yellow hammer. As the month came to close we saw our first brood of ducklings out on the water up at the fishery on the 27th. 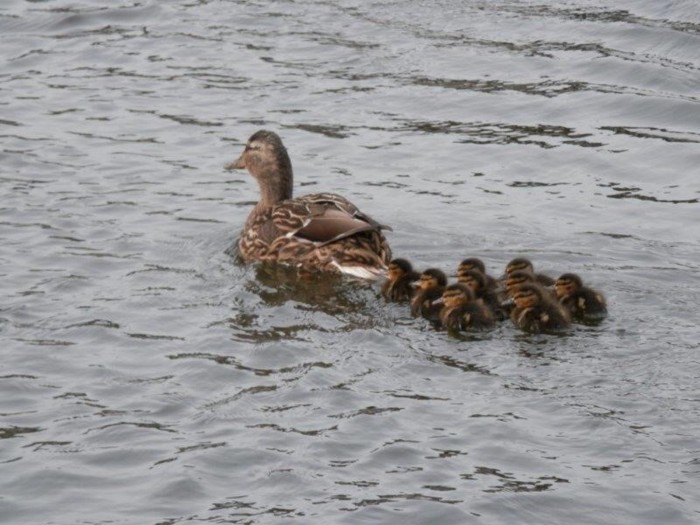 The day after we had some ducklings hatch out in our incubator, these were from eggs that were abandoned in the nest after the crows had found it. Once they are up a bit in size later in the summer they will be released back onto the river again. 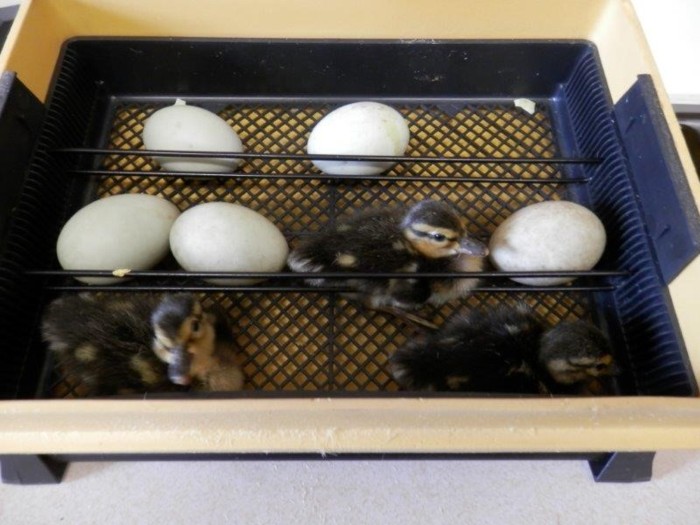 The month got much colder as it drew to a close and the snow showers were quite frequent! The river level had dropped well back and was getting close to summer level; we just need things to warm up a bit soon. 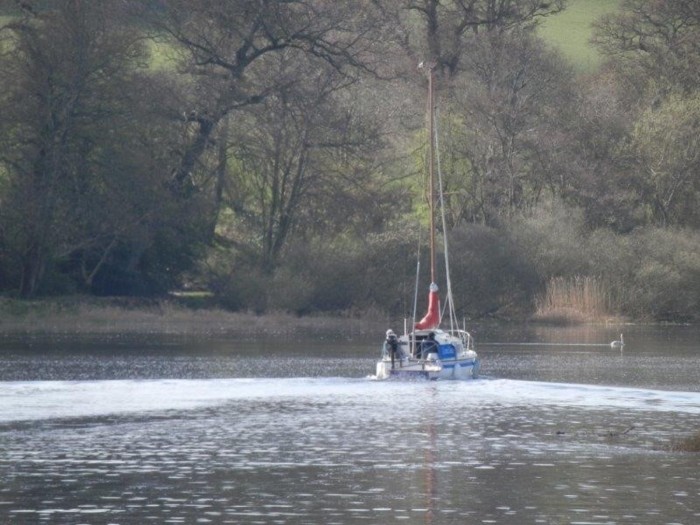