We had a dull, cool dry start to the month with not much change to the river level. Although it did gradually drop back a bit more as the month progressed. Early on one day we were treated to a nice view of two deer swimming across the river at the activity centre, we have seen this in the past but it is always good to see it close up. 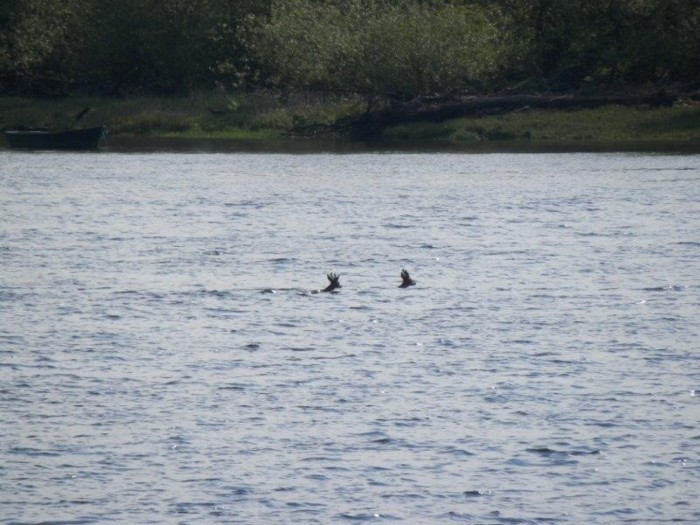 The House-martins have been busy gathering up the mud from along the riverside, which they are using to make their nests, it’s good to see them back on the Estuary.

A lot of our time each month now is spent on our grass cutting programme, trying to stay on top of all the pathways, net greens and other bits along the river banks. 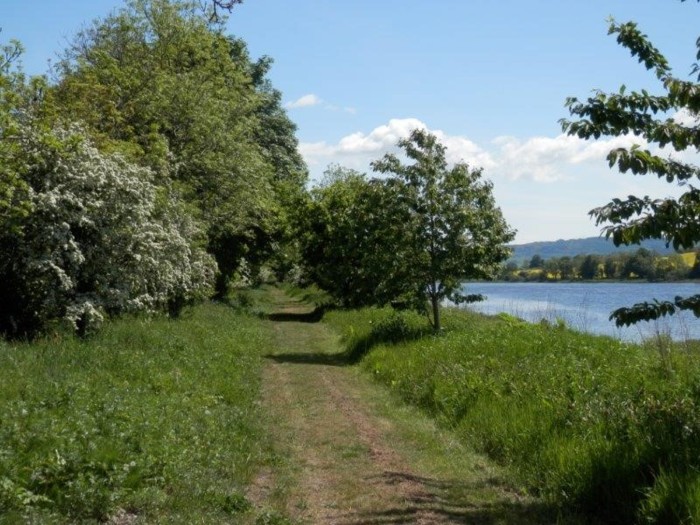 There is also a bit of time spent tackling invasive species in some areas where Hogweed and Japanese Knotweed have got a hold. 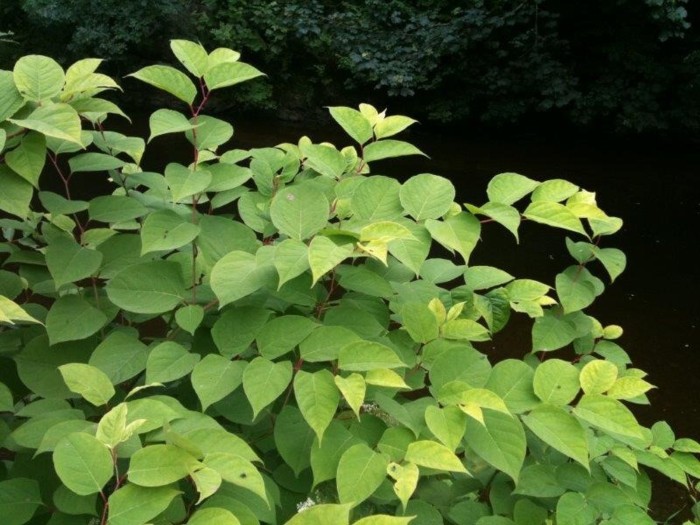 There has been a variety of wildlife to see about the place these last few weeks, the Osprey and the Otter have busy on the water, and the goosander numbers have increased as the amount of smolts dropping back down the system has picked up. Some days we have seen fifty plus Goosanders working the water in confined areas! 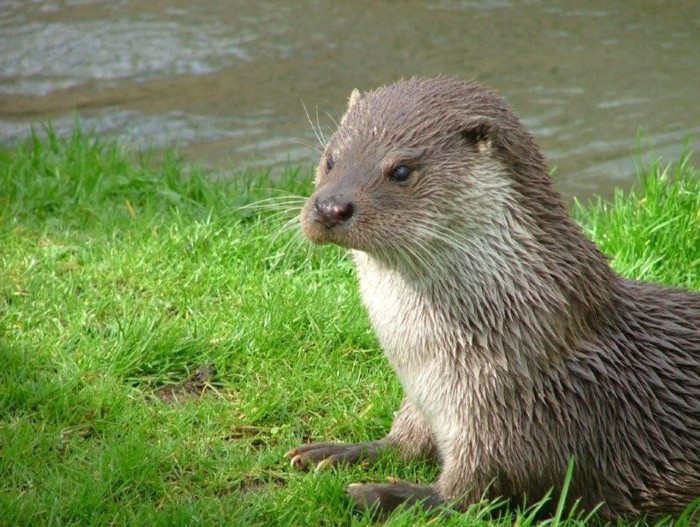 Up at the activity Centre it was good to see the new ponds being used by the local College, who were lucky with the good weather when they had their canoes and kayaks out. 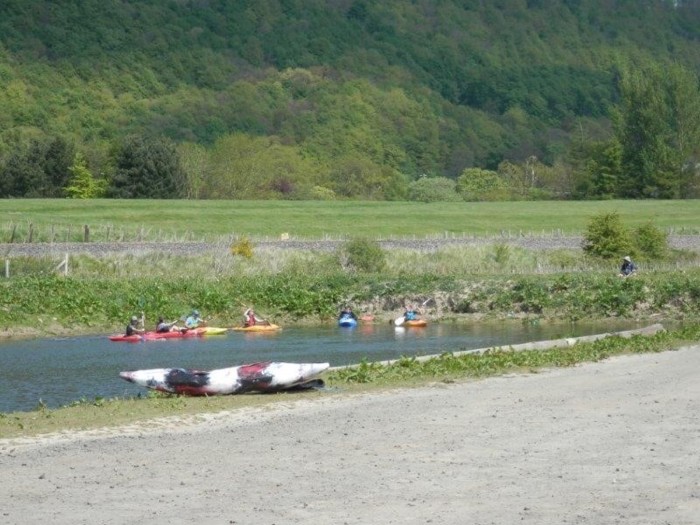 As the weather improved and it got very warm we added extra supers onto the bee hives, hopefully we will get a spin of honey soon! 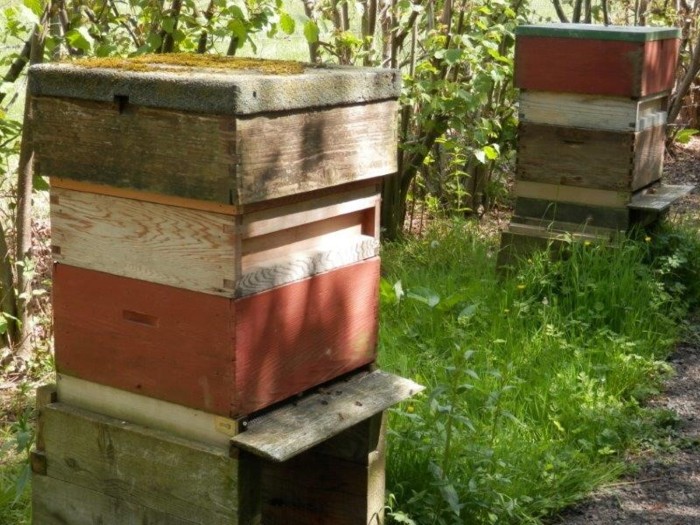 As the weeks move on there is a constant change of colours along the river; as the daffs and bluebells have died back the campion and comfrey have opened up, along with the hawthorn coming out in blossom. 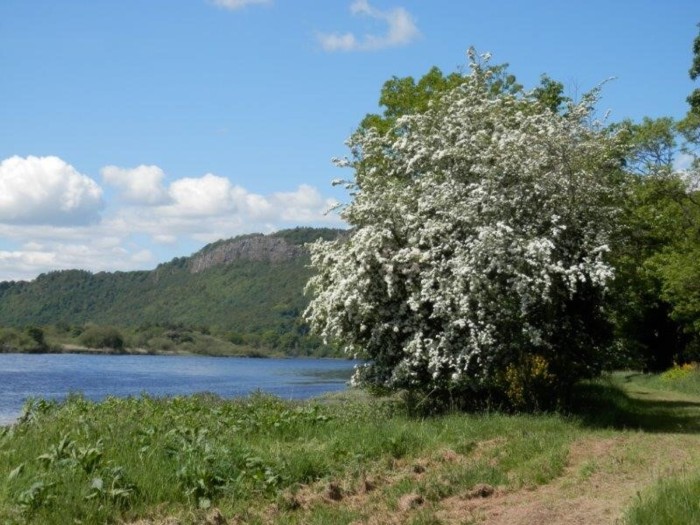 The river was down to summer level as the month ended on a bit of a heatwave, hopefully it will continue into June. 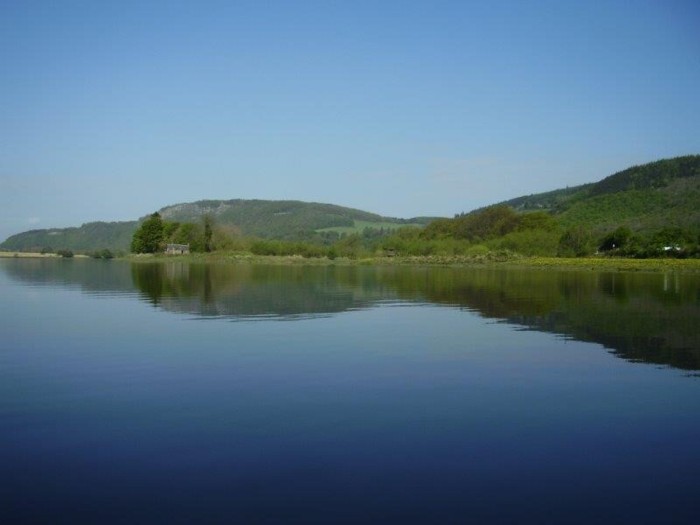