March started off with a cold, dry, dull day and this weather continued into the month for a while. It was good to see the ground finally drying out a bit and the river level settling back to near summer level. 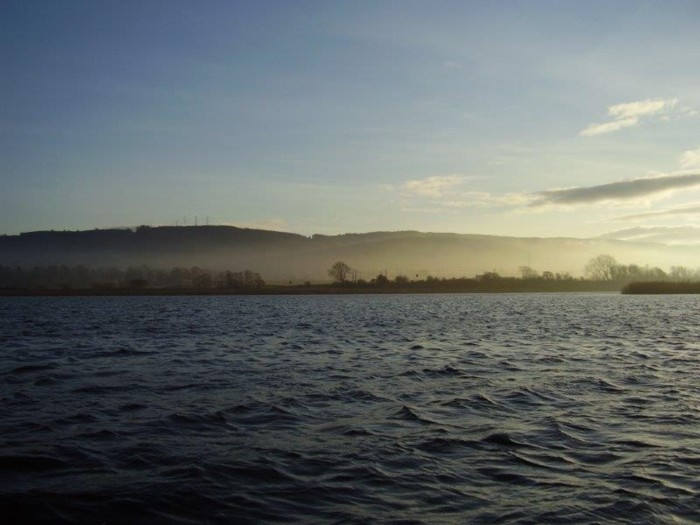 There has been quite a bit of movement of birds along the estuary this month; the Geese have been heading north in big numbers while the Ospreys have been returning. 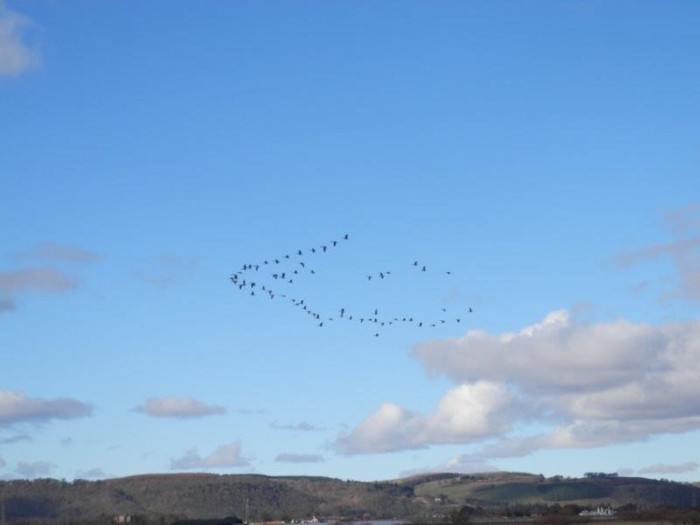 There have been a few sightings of them along the river at various locations. We are also seeing a few more Shellduck higher up the estuary and the odd wigeon has put in an appearance too! 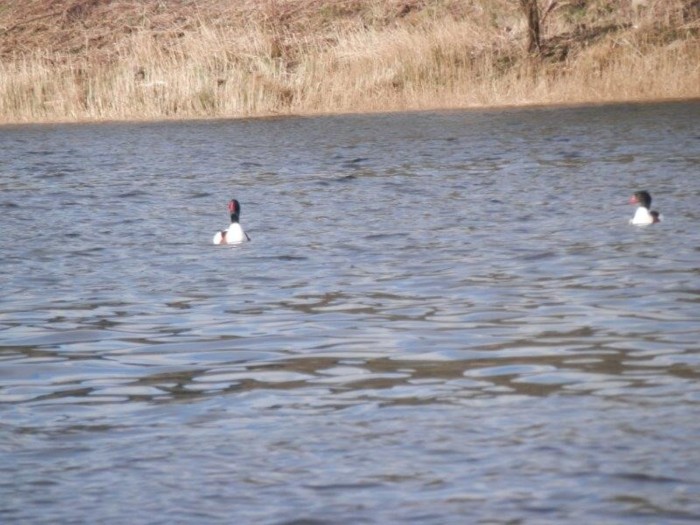 The Mute swans are beginning to flit about in big numbers, and we had twelve Whoopers drop in and join them one day. We also had another new green darvex ringed mute swan (PPI) come in about on the 14th. It is good to see the Grey Wagtail back again, and there are plenty of Reed Bunting, Snipe and Oyster catcher to be seen about the river just now. The birds are all busy getting nest sites prepared now and the ducks are dropping eggs about the place. It is good to see the resident swan up at the Willowgate fishery has got her nest built on the usual island site again; hopefully we will have some more cygnets about the place again. 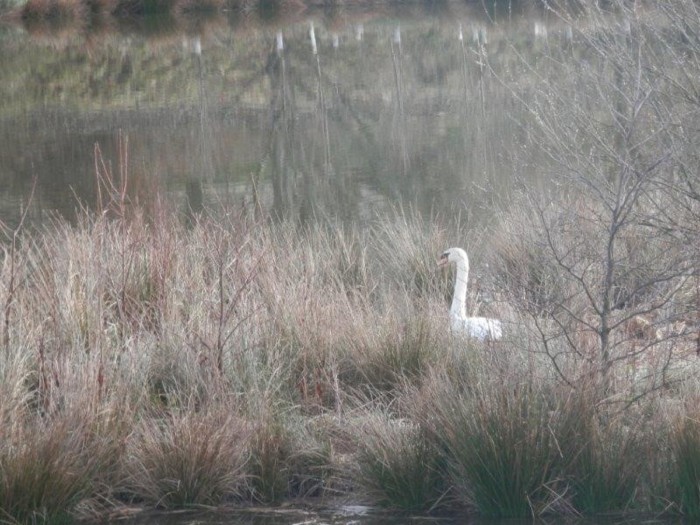 After the weather improving it was good to see the fishers turning out in good numbers up at the Willowgate Fishery. There have been some good catches by all accounts. 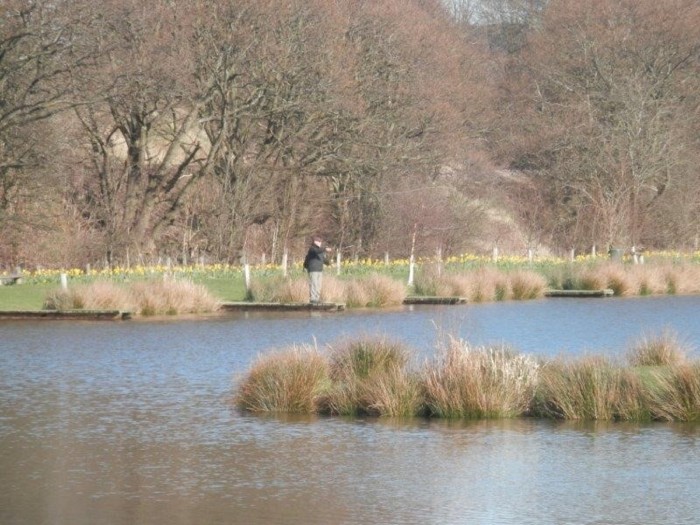 The fishery is looking well just now with a good show Daffodils around the place; it makes all the spade work from last year worthwhile when you see them all out in flower now. 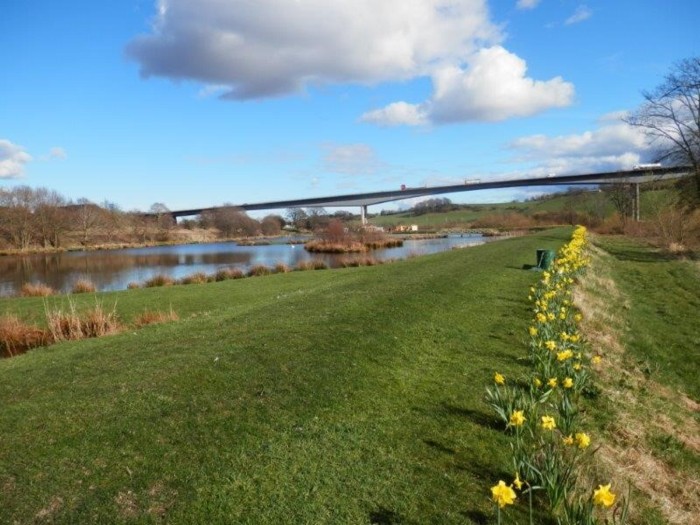 The Snowdrops are going back now, and we have already started to split up some of the thicker patches and re-plant them about the place to enhance the area for next time round.The Wild Primroses are out in flower in a few places now, and the Bluebells will not be far behind. 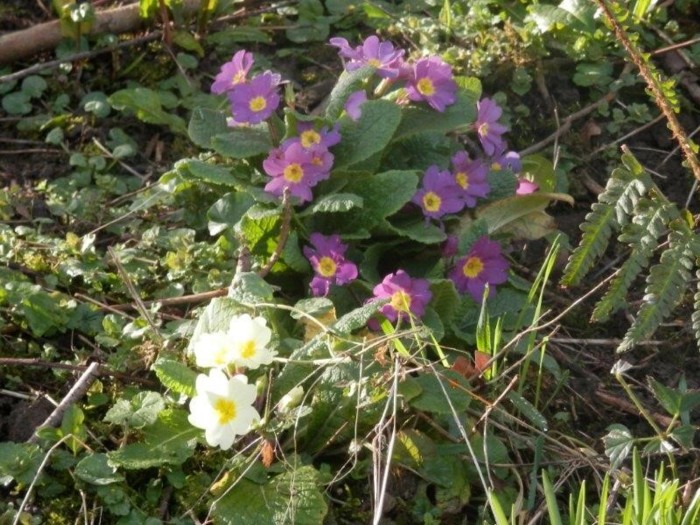 We have already seen the odd Butterfly and it was good to see the bees out busy on the heathers after being dormant over the winter. 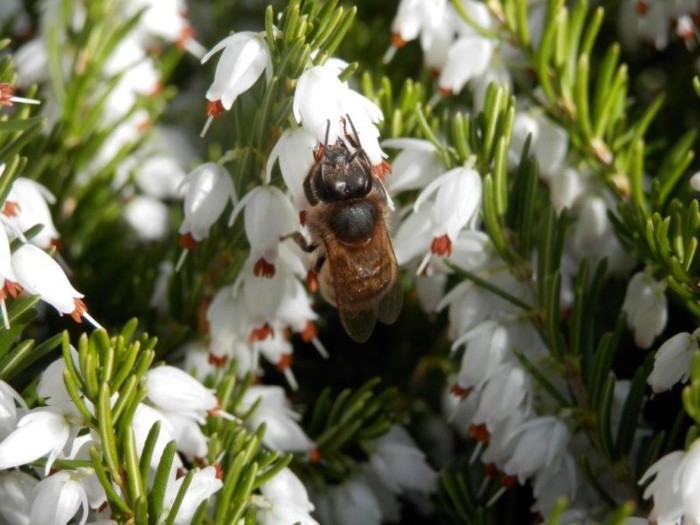 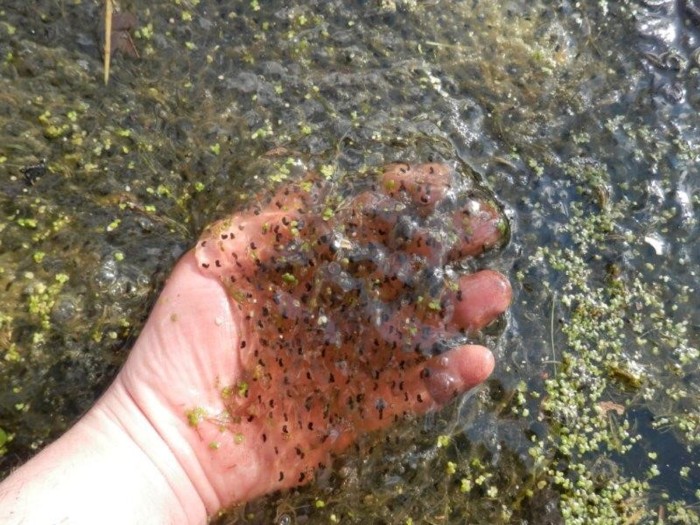 The month ended with a warm spell and a settled river all eyes were peeled for our first swallow!